As the 1970's approached Prog Rock was born, A lot of people hail the Beatles groundbreaking Sgt Pepper album to be the first Prog Rock album, Progressive Rock full of ambiance, difficult time signatures and poetic lyrics, even the album cover had equally extravagant artwork to match. Prog's scope was sometimes limited to a stereotype of long solos, overlong albums, fantasy lyrics, grandiose stage sets and costumes, and an obsessive dedication to technical skill. The stalwarts of Prog being bands such as Yes, Pink Floyd, ELP, King Crimson, Jethro Tull, Genesis to name a few, but with the coming of Punk in the late 70's the popularity of Prog declined and was seen to be pompous but here we are almost forty years later and Prog is once again gaining popularity with the rise once again in the vinyl LP and people like Steven Wilson, Opeth, Anathema and Dream Theater are keeping the Prog torch burning.

Here are a selection of Prog-rock giants 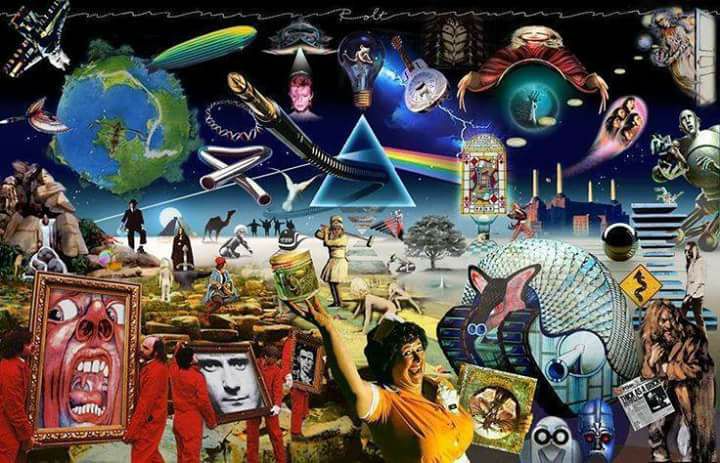