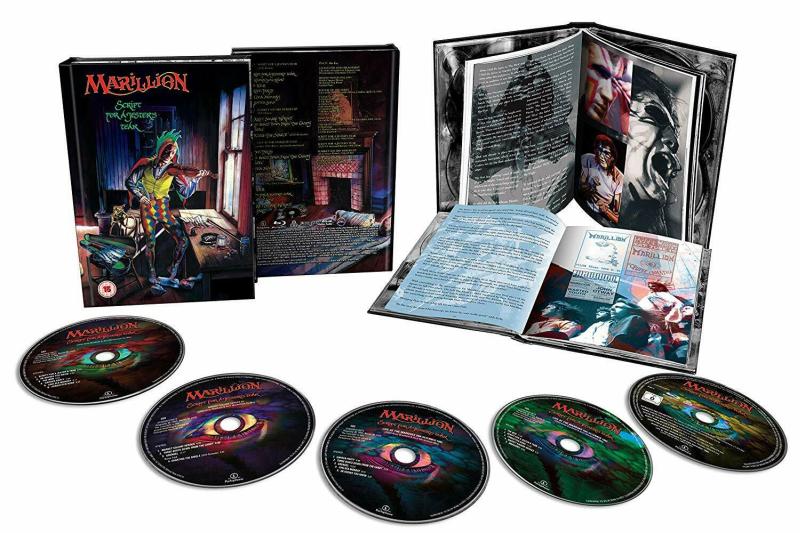 Marillion released their studio album debut, Script for a Jester's Tear, in March 1983. The record was certified platinum in the band's native U.K. where it reached number seven on the Albums Chart and spawned two Top 40 singles: 'He Knows You Know' and 'Garden Party'. The deluxe edition opens with a newly remixed stereo version of 'Script for a Jester's Tear' by Andy Bradfield and Avril Mackintosh. In addition, the collection also features new stereo remixes for the b-side 'Charting the Single' that was released in January 1982, as well as the 'Market Square Heroes EP' that followed in October that same year. On April 17th Parlophone/Warner will release a 4CD/Blu-ray Deluxe Edition of SCRIPT FOR A JESTER'S TEAR, there will also be a 4 Vinyl LP box edition.


This is a great package for a very resonable price at time of going to press it was listed on Amazon for just 24.24GBP unlike some sets by other bands which have similar sets but try to charge in the region of 99GBP, although some of the discs are quite short in play time, I think it is good they kept the integrity of the track listing and didn't try to squeeze the tracks willy-nilly onto three Discs. The discs come in the popular book format with two CD's attached inside the front cover and two CD's in the rear cover with the Blu-Ray inserted into a pocket page. The Book is of high quality with a nice textured cover featuring the fantastic iconic album cover, the pages of the book feature many early photos of the band and early live sessions, memorabillia and conceptual art and thoughout it is very bold and colourful and captures the 'feel' of the album to a tee.

The discs feature the newly remixed album in its entirity and the sound quality is amazing, having listened to the album many times since buying it on its original release the overall tone and clarity brings out nuances that I have not heard before and it is almost like listening to a new album the remix has certainly 'cleaned' up the original 80's sound. the Second CD features a new 2020 remix of the Market square Heroes EP as well as some additional tracks from the recording sessions which are well known to Marillion afficianados and like the album have a new tonal quality to bring them to life like never before. The final two CD's feature a previously unreleased live performance Live at the Marquee Club, London from 29/12/82 which is a great bonus. Moving onto the Blu-ray it features the 2020 remix of original album in high quality 96/24 audio as well as a fabulous 5.1 surround Remix and also the 2020 remix of the Market square Heroes EP and the Live Marquee Club show in 96/24 audio. As an added bonus there is also a new documentary featuring band interviews which documents the 1979 formation of Marillion in Aylesbury through to the release of Script for a Jester's Tear in 1983. The overall package is superb, the sound quality is great and Andy Bradfield and Avril Mackintosh have done a great job on the remix. For the price it is a must buy, but get in quick as these releases are limited and as seen with other similar packages when they sell out the price goes through the roof, so don't miss out. Click the image below to Pre-order from Amazon. 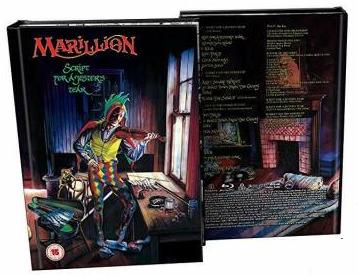